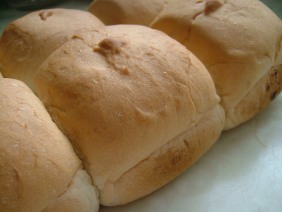 One of the best things about dip is its versatility. You can use sour cream and mayonnaise as your base, or mix it with hummus instead. Need seasoning or marinade for your meat? Use dip mix! Ice cream a little bland? Top it with a dessert dip!

Dip also gives you the freedom to choose your method of dipping. Use potato, pita, or tortilla chips, fruit, veggies, pretzels, or any other edible scoop depending on the occasion. 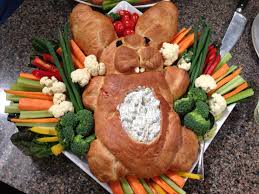 As you ready the menu for your family’s holiday meal, here’s a fun way to serve your Simply Savory dip: an Easter Bunny Bread Bowl!

We’ve made this recipe with Spinach Artichoke dip, but you can use any one of our dips to enjoy with this adorable bread bowl!

Jambalaya has been part of Creole fare since the 1700s, when locals began adding their own flavors to the dish. A relatively easy food to make, jambalaya became a favorite for public gatherings. Church fairs, weddings, public rallies, festivals, picnics, and more became the perfect spot for a large, cast iron pot of this spicy Creole/Cajun dish!

Now, jambalaya has become synonymous with Louisiana cooking. Festivals are held every year to crown the Jambalaya World Champion and celebrate this mixture of meat, rice, and seasonings.

We don’t know if our Bayou Cajun Jambalaya would win a world title, but it’s sure to win your family’s hearts and stomachs!

Trying new recipes is good, but there are some that just take us back to when life was simple. Back home.

Banana bread is one of those foods that automatically brings comfort and a sense of “Mmmm, good.” Eat it for breakfast, as a snack, or with your evening cup of coffee — whenever you need a little slice of comfort.

We’ve added an extra twist to our banana bread with a banana cream pie cream cheese filling! Give it a try and see if this banana bread will hit the spot!